Apartments In Sheikh Zayed Egypt, Find out with Liza 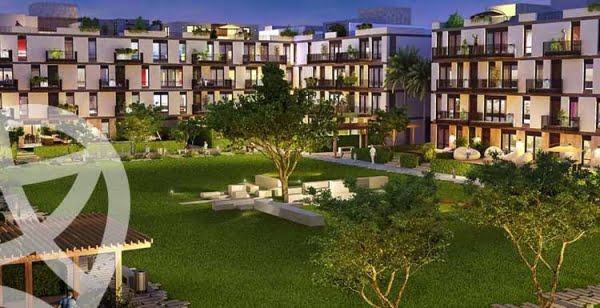 Where are the best apartments in Sheikh Zayed, Egypt located? Many people are looking to buy or rent in high-end areas that have large surface areas and many available surrounding services. In our article, we will discuss one of Egypt’s high-end residential areas, Sheikh Zayed City. Read to know more about Liza and real estate investments in Sheikh Zayed:

Sheikh Zayed is considered one of the second generation cities. It was established in 1995, and the Abu Dhabi Fund for Development funded its establishment with a grant from Sheikh Zayed of UAE.

The city extends over an area of 10,386 thousand acres, the green spaces are approximately 40% of the area, and there are many apartment complexes and commercial facilities.

In addition to that, the city is home to various high-standard services at reasonable prices, catered for many groups. It is divided into medium and above-average neighborhoods.

First Neighborhood: It is one of the distinguished neighborhoods as it is located at the entrance of the city. It is also located right by Hyper One in addition to the City Development Authority.

The second neighborhood: It is considered one of the mid-price range neighborhoods suitable for young people.

The third district: This is one of the financial districts.

Fourth Neighborhood: It is considered among the high-end neighborhoods in the city and contains all the different residential units, consisting of apartments, villas, and houses. It also has Zayed 2000 Compound, which is one of the most prestigious compounds in the city.

Fifth District: It contains many facilities and services such as youth buildings, Sheikh Zayed Specialized Hospital, in addition to the Al-Azhar Institutes complex.

Eighth Neighborhood: It is one of the high-end neighborhoods that contains palaces and villas. It is a quiet neighborhood characterized by a high standard of living.

The Ninth Neighborhood: It is one of the best neighborhoods in Sheikh Zayed City. It also includes a number of residential buildings and villas, and it also has many economic levels.

The Tenth Neighborhood: It is a middle neighborhood with the civil registry and the Sheikh Zayed Youth Center.

Eleventh District: One of the financial districts that contain many services and entertainment facilities.

The 14th District: It is featured in the list of the most prestigious compounds in the city.

Where is Sheikh Zayed City located?

Sheikh Zayed City is located in a pristine location, containing many neighborhoods such as the following:

The city is an extension to the 26th of July axis. The Cairo-Alexandria Desert Road borders it.

It is also located near 6th of October City. The distance between Sheikh Zayed and Lebanon Square in Mohandessin is about 20 km, and between it and Tahrir Square (which is in the heart of the capital in Old Cairo) is about 28 km.

It is worth mentioning that Sheikh Zayed City is characterized by an altitude of approximately 220 meters above sea level, which has an impact on the moderation of the city’s temperature during all seasons of the year.

It is worth noting that you can live in Sheikh Zayed City without having to worry about your financial capability, as youth housing is located in the first, third, eleventh, thirteenth, and sixteenth districts.

How can Liza help you find the best apartments in Sheikh Zayed?

Liza is an Egyptian start-up platform that connects its clients with real estate developers and owners. Our mission is to maintain your privacy and improve the efficiency of the process at the same time.

Liza will offer you all kinds of properties that you are looking to find in Sheikh Zayed. You will find apartments, villas, studios, twin houses, and much more.

The available properties at Liza are varied in many aspects. You will find units with different finishing standards, surface areas, number of rooms, locations, surrounding services, date of project finalization, price, installment plans, and more.

You can sort the available options on Liza according to a number of parameters and feature filters. This will make the choice process easier for you.

When you find a suitable property that you would like to buy or rent on Liza, you can get in touch with the property owner directly through Liza’s chat. Our chat is an encrypted service that allows direct communication between the buyer and seller without the involvement of any third parties.

There will be no more bothering WhatsApp messages and emails from brokers who shouldn’t be contacting you. Liza will never share your contact information publicly.

Liza is a great tool to help you save money. We will not charge you if you are the buyer, unlike the traditional broker method where you are charged a broker’s fee. It is usually a large amount of money as it depends on the value of the property.

Liza will save you a lot of time and effort as you will not need to search any other platforms. Liza’s system will get you what you need in no time.

Liza’s services are not exclusive to Sheikh Zayed. Explore our blog to learn more about real estate investment opportunities in The New Capital, The New Alamein, and Ain Sokhna.

Looking For The Best Beach-Front Property?

Sheik Zayed City Egypt is one of the newly established residential cities in the mid-nineties,...
Continue reading

Apartments for sale in Sheikh Zayed Compounds, discover it now on Liza

Sheikh Zayed is a modern Egyptian city that was established in 1995. Located in Giza, Sheikh Zayed...
Continue reading

Townhouses in 6th of October, Discover with Liza

Looking to buy or rent a townhouse or any other type of properties in 6th of October City? Liza...
Continue reading

Please enter your username or email address. You will receive a link to create a new password via email.