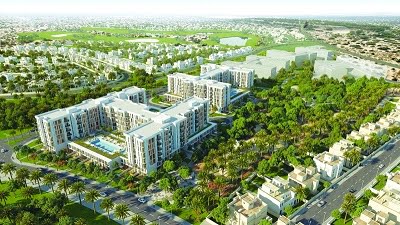 It is one of the third generation cities located in Cairo Governorate in the Arab Republic of Egypt. Its area is estimated at about 70,000 acres. It was established by a decision of the Presidency of the Republic in 2000. It is considered one of the largest areas in Egypt and is divided into several population centers in addition to the city of Rehab, the first assembly and the assembly Third and fifth.

New Cairo is located in the city of Cairo, east of the Ring Road, between Cairo-Suez Road and Katameya-Ain Sokhna Road.

Thanks to its proximity to vital areas such as the New Administrative Capital, it has become one of the most desirable areas for many looking for investment opportunities. New Cairo became a vital part of the industrial and real estate revolution in Egypt in addition to the expansion of the residence of the Egyptian population throughout Egypt.

Get to know the neighborhoods of New Cairo

In order to be able to choose, it is necessary to know the neighborhoods of the area being searched in order to help reach the best choice.There are many neighborhoods in New Cairo, so that it reached approximately 14 neighborhoods, We will show you the best.

A luxurious and above-average housing area, most of the areas are closed residential communities, and there are many commercial malls such as (Concorde, Moon Valley, Fleur Deauville, The Village, Al Jazeera Park, Dora and The Villa), and the area is also characterized by the presence of the Flower Club, Concorde Mall and Galleria. The newly opened Plaza and Point 90 Mall.

It is one of the finest and newest neighborhoods in New Cairo, because it is located in the middle of the most prestigious areas of residential complexes, which are Katameya Dunes Compound and Mivida Compound, which is the least densely populated compound and the most green spaces.

A title by this name because it was designed in the shape of a lotus flower.. It is considered one of the modern neighborhoods in New Cairo. The Lotus neighborhood is the closest neighborhood to all the new vital areas. Its location is directly in front of the American University. The neighborhood is divided into the Northern Lotus and the Southern Lotus, and the Southern Lotus is perhaps the best Because it is the closest to the American University.. The northern lotus area is divided into 5 areas from 1 to 5 and the southern lotus to 6 neighborhoods from 6 to 11.. What also distinguishes this neighborhood is that it is located in front of a complex of clubs from the most famous clubs in Egypt such as (Royal Club, Platinum Club, New Cairo and Club Aviation).

How Can Liza Help You Find the Best Real Estate Opportunities in New cairo?

Liza is an online electronic platform that directly connects users looking for real estate units and real estate owners without the need for brokers or intermediaries. It offers you many different options to help you find the ideal property that suits your needs and achieves your purposes within your budget. Liza is a wonderful service tool that prevents you from wasting your time in searching a lot in vain, because it provides you with different spaces and types of real estate units, villas, chalets, studios, twin houses and townhouses. All you have to do is visit our blog to know everything that is new and the newly added options in the New Administrative Capital, Sixth of October City, New Cairo,  New Alamein City and Al Gouna Liza is a specific platform that is useful and not an expensive physical platform.

Move from Cairo to Ain Al Sokhna through Liza

How To Find The Right House In Maadi For Sale? Explore With Liza

House In Maadi For Sale, Don’t miss out on some of the most exciting real estate opportunities...
Continue reading

Maadi Units For Rent Or Sale, Explore With Liza

Maadi Units For Rent Or Sale, aadi is a perfect location for both commercial and residential...
Continue reading

Villas In Maadi, Find Them For Sale With Liza

Please enter your username or email address. You will receive a link to create a new password via email.